The Most Remote National Parks In The United States From US territories in the South Pacific to the northernmost stretches of Alaska’s wilderness, national parks around the United States are filled with diverse ecosystems and astounding natural beauty. Key West is home to one of the country’s most remote parks; the Dry Tortugas are located 70 miles offshore past uninhabited mangrove keys until you reach Fort Jefferson. Read on for some of the most remote national parks around the country that few people discover firsthand. 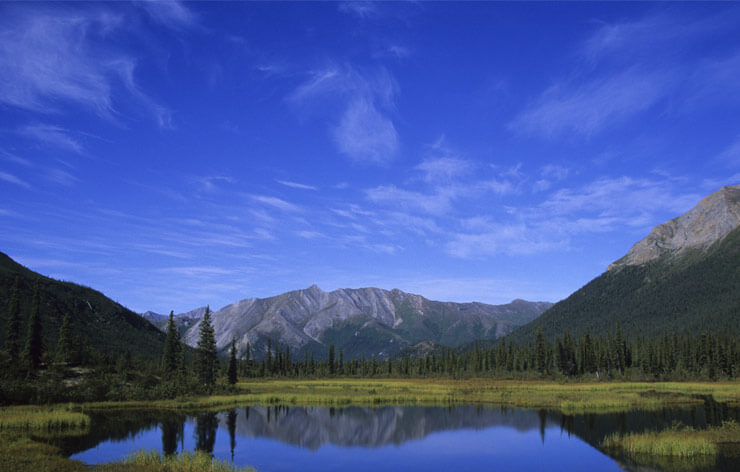 While not located in the United States, the US territories of American Samoa National Park are arguably the most remote. Floating in the South Pacific, these islands are literally on the other side of the world. Only 13,953 people took the journey to visit the territories in 2014, making them one of the most unspoiled stretches of land on planet Earth. Three lush islands surrounded by coral reefs and teeming with rainforests, volcanic mountains and 900 species of fish make American Samoa National Park one of the most exotic and difficult parks to access.

Isle Royale is the largest island in Michigan’s Lake Superior and its national park is inclusive of over 400 smaller islands within about five miles of its shore. With just under 15,000 visitors in 2014 and only 20 mammal species on the island, it’s an extremely remote and unique ecosystem to discover. The islands are accessible by ferries and seaplanes, and 36 wilderness campsites are available to visitors.

Visitors to Isle Royale will occasionally be treated to a nighttime show by the #auroraborealis. @buckycalloway captured this beautiful display above the Rock Harbor Lodge from the America Dock. Have you ever seen the night sky’s dancing lights? Use #isleroyalenps for a chance to be featured on our social media sites. #isleroyalecolor #northernlights #islandadventure #nightsky #nightskyphotography #rockharbor #americadock

Located on Alaska’s southern Kenai Peninsula and Kodiak Island, Katmai National Park spans 4 million acres including the Valley of Ten Thousand Smokes, an ash flow formed by the 1912 eruption of the Novarupta volcano. While just over 30,000 people visited the wild terrain in 2014, it is home to caribou, wolves, moose and wolverines. It’s also home to 2,000 grizzly bears that feed on the annual salmon spawning.

The narrow Buttress Range acted as a barrier to the ash flow from Novarupta’s 1912 volcanic eruption. On the ridge’s east slope is the devastated, desert-like Valley of Ten Thousand Smokes. But on the other side, the Windy Creek drainage is lush and green by comparison. #FindYourPark #Katmai #Alaska #TravelAlaska #AlaskaLife #LastFrontier #NationalPark #NationalParks #Wilderness #Volcano #ValleyofTenThousandSmokes

When you’re located 70 miles west of an island that’s 150 miles south of the mainland, you’re pretty remote. That’s where you’ll find the Dry Tortugas National Park and the historic Fort Jefferson. The cluster of seven small islands is accessible from Key West via the high-speed Yankee Freedom ferry. The Civil War era Fort Jefferson is surrounded by a nature preserve with some of the best snorkeling in the world. With just under 65,000 visitors in 2014, it’s also one of the least crowded national parks to discover. Plan a daytrip to explore the fort and snorkel the clear, warm waters or arrange to camp overnight under the stars.

Offshore from Southern California’s Santa Barbara, the Channel Islands are a chain of protected islands with a unique Mediterranean ecosystem. Located in the Pacific Ocean, this national park is accessible by ferry. The islands are home to 145 endemic species, including the Island Fox. Five of the eight Channel Islands are protected and half the park is technically underwater, making it one of the more remote national parks with roughly 342,000 visitors in 2014. While 1.4 million people visited Bryce Canyon National Park in 2014, the desert landscape is distinct for its more than 35,000 acres of sandstone hoodoos formed by erosion and frost weathering. Because of its remote location, it receives relatively fewer visitors compared to Zion National Park and Grand Canyon National Park. It was originally inhabited by Native Americans and later by Mormon pioneers in the 1850s.