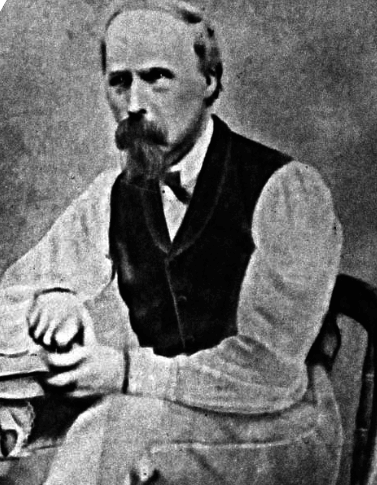 Dr. Mudd is most infamously known for his involvement in the assassination of President Abraham Lincoln, who was shot by John Wilkes Booth in 1865. Mudd’s first encounter with Booth was less than a year before the assassination, during a discussion regarding the sale of a horse. A month later, Mudd, Booth, John Surratt and Louis Weichman shared drinks in a hotel room rented by Booth. During his assassination of the president, John Wilkes Booth broke his leg and sought the help of Dr. Mudd and stayed at Mudd’s residence until the next day.

Mudd was later arrested for conspiracy and for harboring Booth and David Harold after the crime was committed. After standing trial and a string of testimonies, Dr. Samuel Alexander Mudd was convicted and sentenced to life imprisonment at Fort Jefferson in the Dry Tortugas. 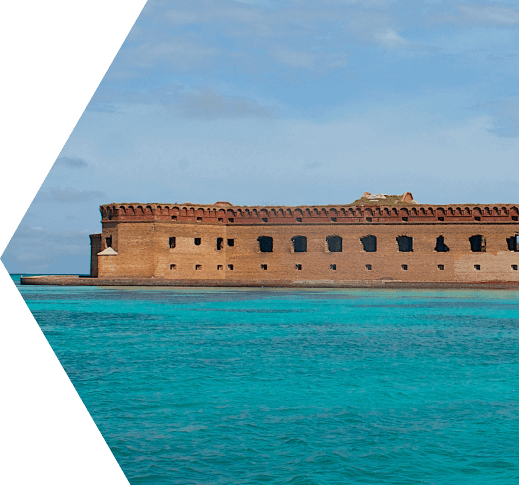 After a failed escape attempt in 1865, Dr. Mudd was assigned to the prison’s carpentry shop. Throughout this time, Mudd’s wife had been writing letters to President Andrew Johnson in efforts to have her husband released from prison. In the end Dr. Mudd’s stay at Fort Jefferson was short due to his heroic action and leadership during the yellow fever epidemic on the island in 1867. Due to his participation in efforts to help the sick, Dr. Mudd finally received a pardon on February 8, 1869, signed by Andrew Johnson himself in front of Mudd’s wife. He was officially released on March 8th, leaving his mark on the Dry Tortugas and on U.S. history for centuries to come. Make sure to visit Dr. Mudd’s cell on the bottom level of Fort Jefferson, just past the Park Headquarters. Another area recently opened to the public is located just above the fort’s entrance. Climb the stairs of the lighthouse bastion to the second tier, then turn right. Dr. Mudd spent nearly three years in this dark, damp casemate. Watch out for holes in the floor. In a letter to his wife, Mudd explained the need for these unusual modifications, “We have a hole dug in the floor and little trenches cut. After every rain, our quarters leak terribly, and it’s not unusual to dip up from the floor ten and twelve large buckets of water daily.”*