The Dry Tortugas is home to some of the most vibrant coral reefs in the United States, and is a snorkeler’s wonderland. It lies about six miles off shore and stretches from Miami in the Atlantic Ocean, all the way to the Dry Tortugas in the Gulf of Mexico. This amazing structure is made up of layers of calcium carbonate secreted by coral polyps throughout thousands of years and is the home of hundreds of tropical fish and marine life. The corals receive their vibrant colors from polyps containing algae called zooxanthellae, which also helps to keep the corals alive. It is important for snorkelers not to touch the corals, as damaging the delicate polyps can make corals susceptible to bleaching and disease. Today’s snorkelers are cautioned to “look but not touch.”

the discovery of the reef Section 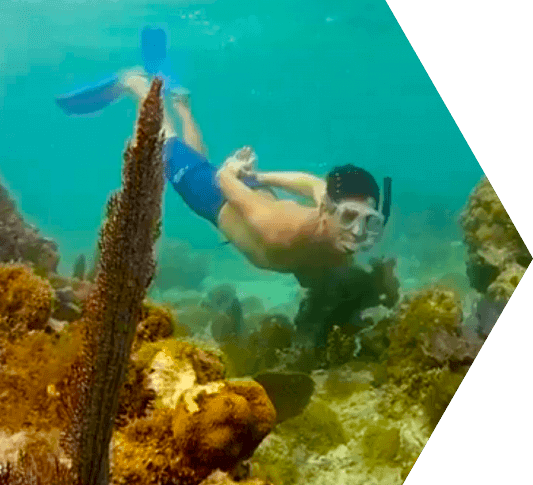 the discovery of the reef

A team of scientists operating from the vessel Tiburon, out of Key West, were the first researchers to explore a little known deep-water coral reef with spectacular coral cover during a recent reconnaissance survey in a remote area west of the Dry Tortugas islands. Because of its location, the reef has been protected from the human-caused degradation that has affected other reefs in shallower waters of the Keys.

About the Reef Section 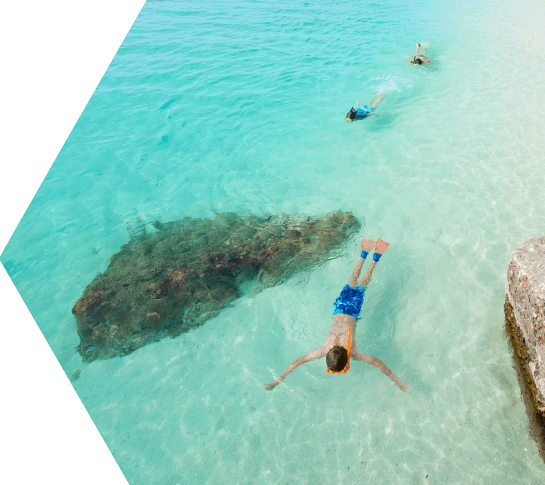 “The corals look like gigantic mushrooms gone wild,” said Jim Bohnsack of the National Deep Sea Coral Reef Marine Fisheries Service’s Science Center in Miami. “The structural complexity of the reef made it an ideal fish habitat. When we first descended it appeared that there were hardly any fish present, but after a few minutes they began popping out from all parts of the reef.”

The scientific team was surprised by the reef’s size and the fact that it is densely covered with coral.

“The abundance and cover of coral in this area is as high as any in the Keys, and it confirms the importance of coral reef habitats in the vicinity of the Dry Tortugas,” said G.P. Schmahl, manager of the lower region of the sanctuary and one of the researchers on the trip. “Due to its location, it has been protected from degradation by human influences, and it could serve as a control area to compare to other reefs in the Florida Keys.”

Schmahl pointed out that the reef, which lies in 60 to 100 feet of water, is similar to another coral reef located in the Gulf of Mexico: the Flower Gardens National Marine Sanctuary off the coast of Texas. “This is a spectacular, healthy resource of the sanctuary, and it needs to be studied and protected.” The reef may have been overlooked in the past because it appears to be relatively flat on depth sounders and is too deep to be seen from the surface. The reef was previously known to only a handful of divers as “Sherwood Forest,” because during early morning dives the corals are mysterious looking and reminiscent of a forest canopy. Low light conditions at these depths causes corals to grow in a unique, flat, plate-like form. The reef profile is remarkably uniform, which at first gives a false impression of a flat bottom that is, in fact, five feet above the real bottom. The subsurface of the reef is a maze of valleys and intricate caves and tunnels between corals.