*$25 promotion only available for Day Trip bookings with a minimum of 2 adult fares; 7 or more days in advance of travel date and you must travel between September 3rd, 2019 - December 15th, 2019, Not Valid November 22 until December 1st, 2019. New online bookings only. Each discount requires a separate reservation. $25 maximum savings on day trip only. Offer may not be redeemed at ticket booths. Offer may not be redeemed at check-in. Not valid for camping. Promotion may end at any time.

Made up of seven small islands, it is one of the world’s most unique eco-attractions. Its crown jewel, the historic Fort Jefferson, was used as a prison during the Civil War. Explore and learn of its history with one of our guides and enjoy an array of activities. There’s something for everyone! Book Now and Explore Uncharted Territory at the Dry Tortugas National Park! 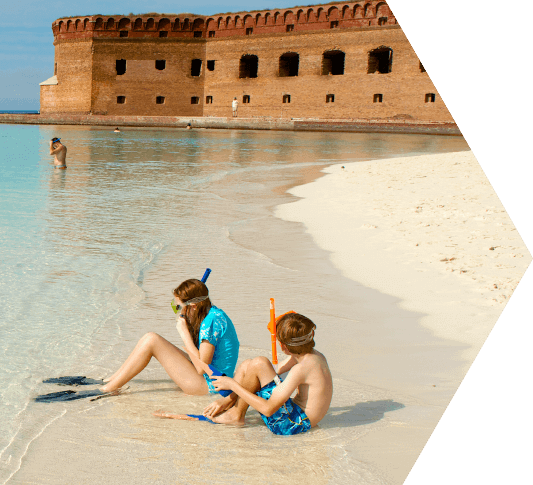 The Yankee Freedom III catamaran is powered by twin Caterpillar engines that give her a speed of over 30 miles per hour, making Yankee Freedom III Catamaran the fastest vessel of her size out of Key West. Also, below decks are two generators plus a multitude of machinery and equipment to operate the vessel in the safest, quietest, and most dependable manner possible. 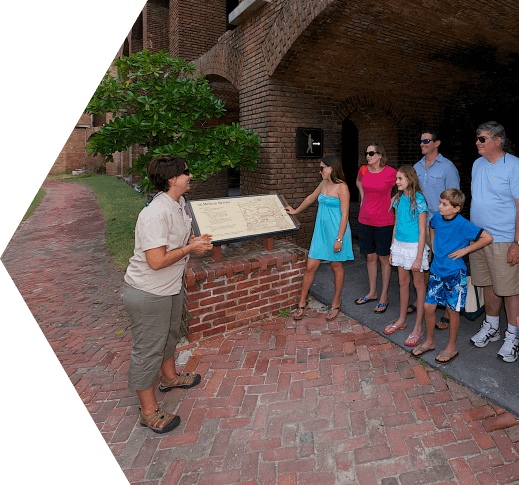 Yankee Freedom III passengers have the option of joining a 40-minute guided tour of the fort led by one of our expert naturalists. You’ll hear captivating stories about the fort, its remarkable history and its surroundings. As you explore the fort, imagine life here during the hectic 1860s. At its height nearly 2,000 people lived within this remote city on the sea... The U.S. Army Corps of Engineers faced many challenges during the fort’s lengthy construction. Shifting sands, storms, and harsh conditions were common obstacles. The remote location hampered the shipment of supplies and skilled workers, especially during the Civil War. From their discovery in 1513 by Ponce de Leon, through the visit of naturalist John James Audubon in 1832, to the present, the Dry Tortugas have been known for their amazing richness in migrating land birds and vast seabird colonies. Imagine, 100,000 Sooty Terns all in one place, all at one time. That’s what you can see if you’re near Bush Key in the Dry Tortugas National Park during the nesting season each year from March through September. Though Bush Key is closed during nesting, the rookery may be observed with binoculars from Fort Jefferson on nearby Garden Key. Also seen nesting in the rookery are some 4,500 Brown Noddy Terns and occasionally Black Noddies are seen among them. No Key West beach trip is complete without visiting the best beach in the Florida Keys: Fort Jefferson Dry Tortugas National Park, located just 70 miles west of Key West. Whether swimming, sun bathing or just plain strolling, you will enjoy the crystal blue waters, swaying palm trees and soft, powdery sand of this island paradise. These beautiful, pristine beaches are a Key West attraction not to be missed. Camping in the Dry Tortugas National Park is definitely an experience of a lifetime! Imagine sleeping under the stars, on an island 70 miles from civilization, with the warm tropical breezes blowing through palm trees and the rhythmic sound of the ocean waves playing in the background. Camping is limited so make your reservations now.